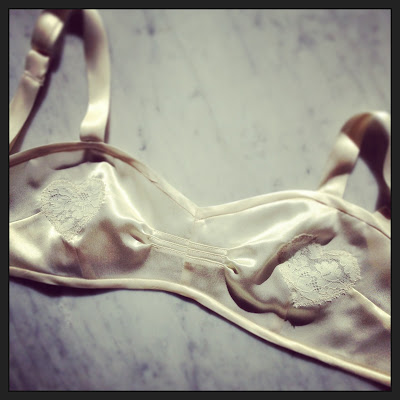 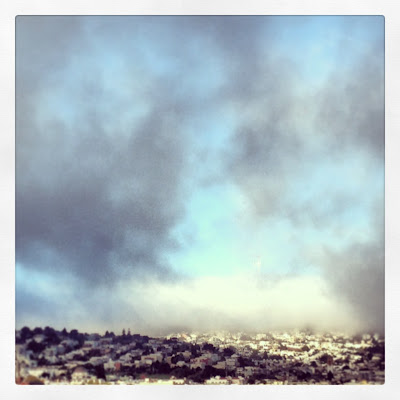 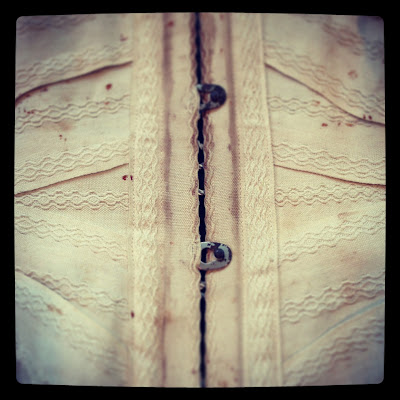 The original Edwardian ribbon corset I used to draft the HCH version
Posted by Evgenia Lingerie at 8:38 AM No comments:

While regular trunk shows are pretty fun, I'm especially excited to participate in NoisePop's 20th Street Block Party this Saturday the 24th from 12 - 6. Not only is it in the neighborhood I'm proud to call home, but it will also be chock full of local businesses I adore. 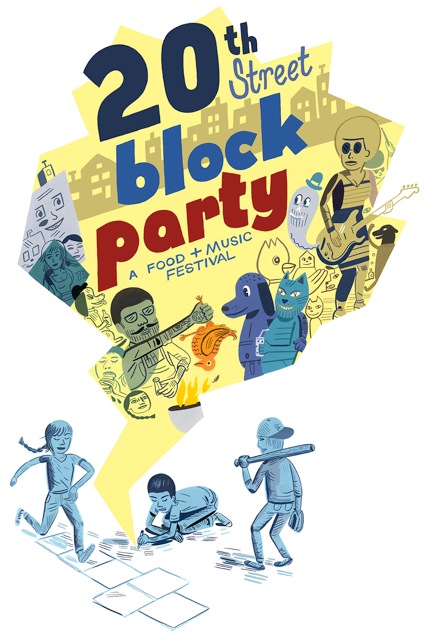 Flour + Water, Central Kitchen and Rhea's are all participating. Local indie superstars Two Gallants will be performing along with other awesome music acts. And remember that fantastic shoot I did at a local watering hole a few months ago? Well it turns out that the bar in question, Trick Dog, is not only participating, but that its parent company The Bon Vivants is a partial sponsor. In true flapper fashion, I adore a good cocktail and Trick Dog has 'em in spades.

I'll be sharing my space with my dear friend Kelsey of Rose La Mer Headpieces, so visiting our spot on 20th between Harrison & Alabama guarantees more bang for your buck. Swing by, say hello and listen to music in the summer sunshine. Find more details about the event on its Facebook page. Hope to see you there!
Posted by Evgenia Lingerie at 7:18 PM No comments:

My favorite color combination is pastel pink and light green, and this week's Instagram photos boasted quite a bit of both colors. Tomorrow I head to Las Vegas to check out Curve, so it's possible I'll have some glitzy pics to share next week! Happy Sunday evening, everyone! 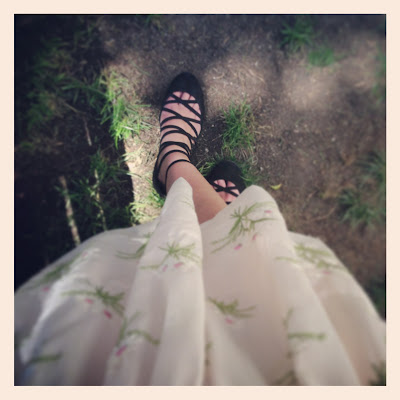 The newest addition to my vintage collection, worn at a birthday party last weekend 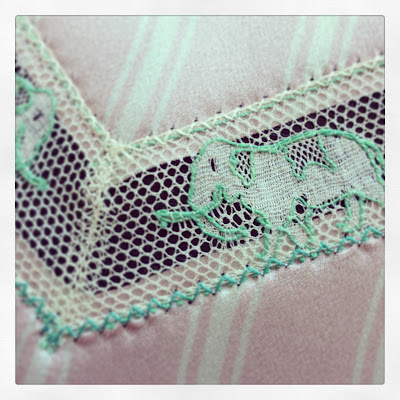 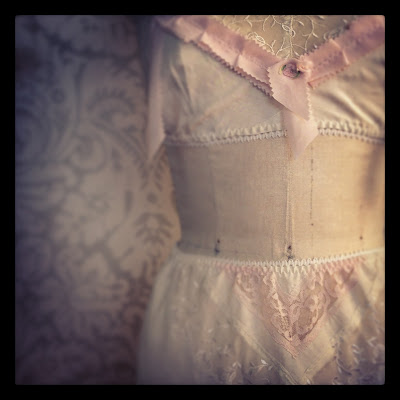 Though I haven't yet mentioned it on the blog, I've been creating pieces for Dollhouse Bettie's exquisite Deja Vu Dessous line for the past few months. It's been so exciting to collaborate with Michelle and the Dollhouse Bettie team, and wonderful to see how well the pieces are doing in the shop.

Here are a few of my most recent sets, and there are still more to come! 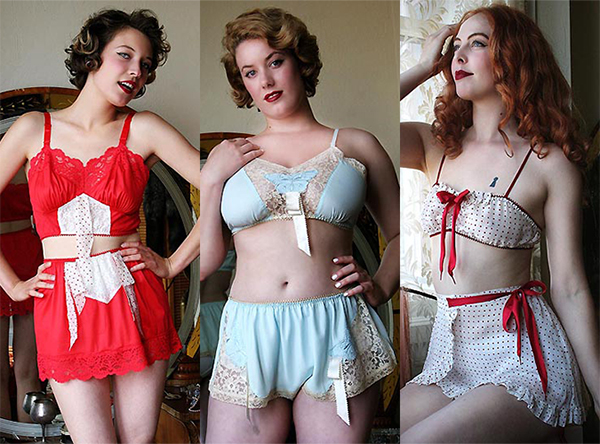 Snag yourself a set either in-person at Dollhouse Bettie's Haight Street shop or online, where you'll find tons more lovely lingerie to adorn yourself in.
Posted by Evgenia Lingerie at 1:58 PM No comments:

This week's Instagram photos were almost all neutral in color, but the week left me feeling anything but beige. I finished the first samples for my silk collection, set to release later this year. My first fitting with my lookbook model is next week, so I'm heading into the weekend with a huge sense of accomplishment. In the collection, you'll find updates of old HCH styles and a few new ones. A sneak peek below along with other shots from this week, including a peek into my previous life as a dancer who loved to play dress up - So... not much has changed! 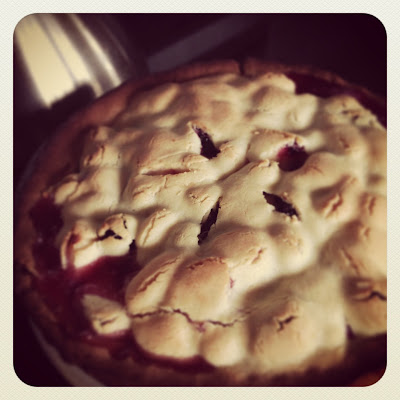 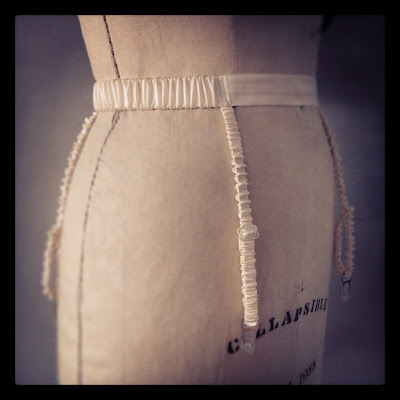 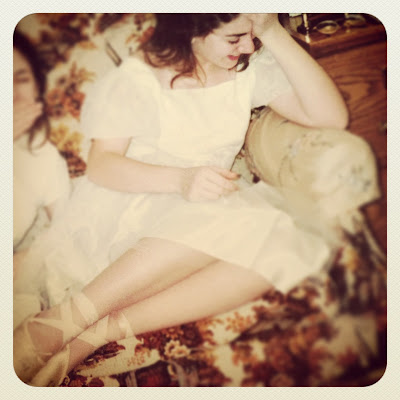 Posted by Evgenia Lingerie at 9:48 AM 2 comments:

...I see a new stash of HCH Papillon Knickers!

My newest style has been a bit of a hot seller, so while I've been working on my official collection, I made sure to sew up some new colorful pairs for the shop. Check them out and snap up a pair or two for yourself (or your favorite leading lady). 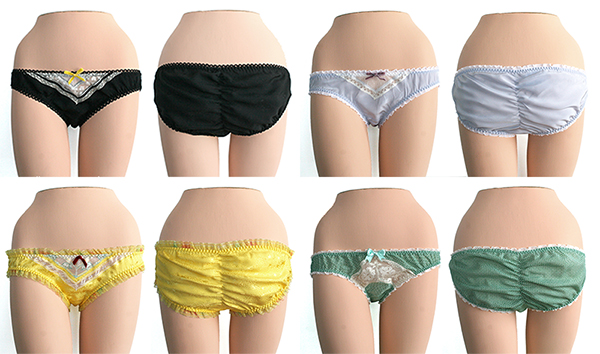 There are even more new pieces in the Knicker section of the HCH shop than ever before, including larger sizes in beautiful colors and laces. The Papillon style is going to be a staple in the official collection, and I'm so happy it's gotten so much attention so far. My current favorites are these, which feature a gorgeous silver elastic and velvet bow! 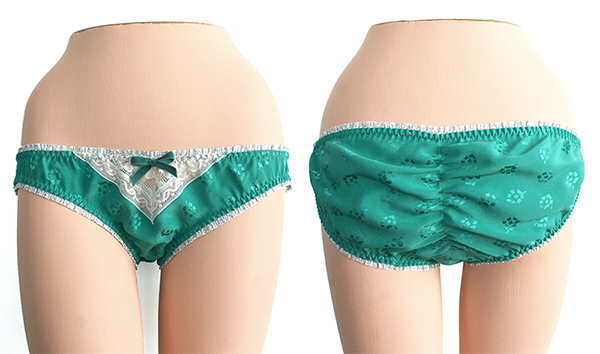 Which are your favorites from the new Knicker stash?
Posted by Evgenia Lingerie at 9:06 PM No comments:

I'm kicking off the weekend with a brand new feature (actually the only weekly feature) on the HCH blog: Three 'Grams. Instagram has become a huge part of sharing my creative process and I find myself posting tons of photos throughout the week. For those of you who aren't following me there, you can tune in right here to see my three favorite shots from that week. Enjoy! 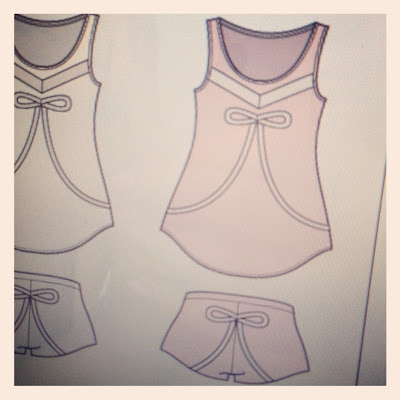 I've hinted over the past few months that I would be changing things up here at the HCH atelier. And it's official: changes are underway. I'm now in the throes of sewing up samples for smalltime production. What does that mean? Big factories? Warehouses of fabric? Not quite.

It means that for the first time, I'll be buying fabric in (modest) quantity, grading all of my patterns and offering a set selection of pieces in a range of sizes and colors. Lace motifs will be duplicated for the first time - using the same lace from piece to piece. That means that when you visit HCH either online or in person in the future, you'll actually be able to buy your size made-to-order in whatever piece you like. Because this is a big scary step for me, initially the size range will be S - L, but it will broaden over time if things go as hoped and planned. As always, everything will still be made by my own two hands and I'll still be doing custom work, so if you don't fit into the S - L range, I've got you covered. And as if this all wasn't news enough, I'll be adding new products to the range in addition to adjusting the fits on all my patterns. Whew! So in addition to working on an official HCH collection, I'm officially a little overwhelmed, officially a little freaked out and yes, officially, excited. 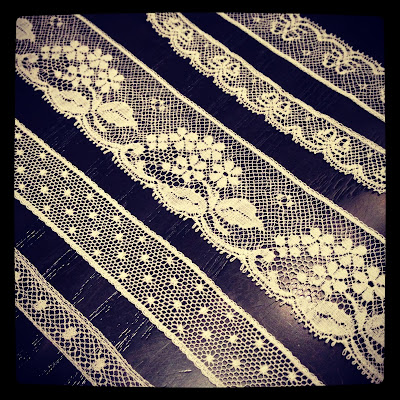 My lookbook shoot is scheduled for early October, so I've got a nice chunk of time to work out all the kinks in my patterns and sewing. So far, though, so good. 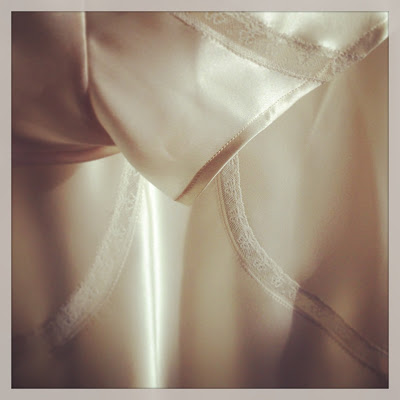 First samples
Posted by Evgenia Lingerie at 8:51 AM No comments:

3 Ways to be Your Most Beautiful

Louis XV's mistress Madame de Pompadour was onto something when she said "Champagne is the only wine that leaves a woman more beautiful after drinking it." Having consumed quite a lot of wine in my days, I can definitely attest to the validity of Mme. de P's claim. Red wine leaves me flushed and tired, white wine leaves me loopy, but champagne just makes me smile. And we all know smiles are beautiful.

This weekend, Elizabeth Street Cosmetics, SIGH Sonoma and Honey Cooler Handmade present three ways to make yourself more gorgeous, all wrapped in one trunk show:
Combine all three and you have the makings of that je-ne-sais-quoi that will make you feel your most irresistable as you navigate this gorgeous summer weekend. And don't take my word for it; both The San Francisco Chronicle and Refinery29 are singing our event's praises.